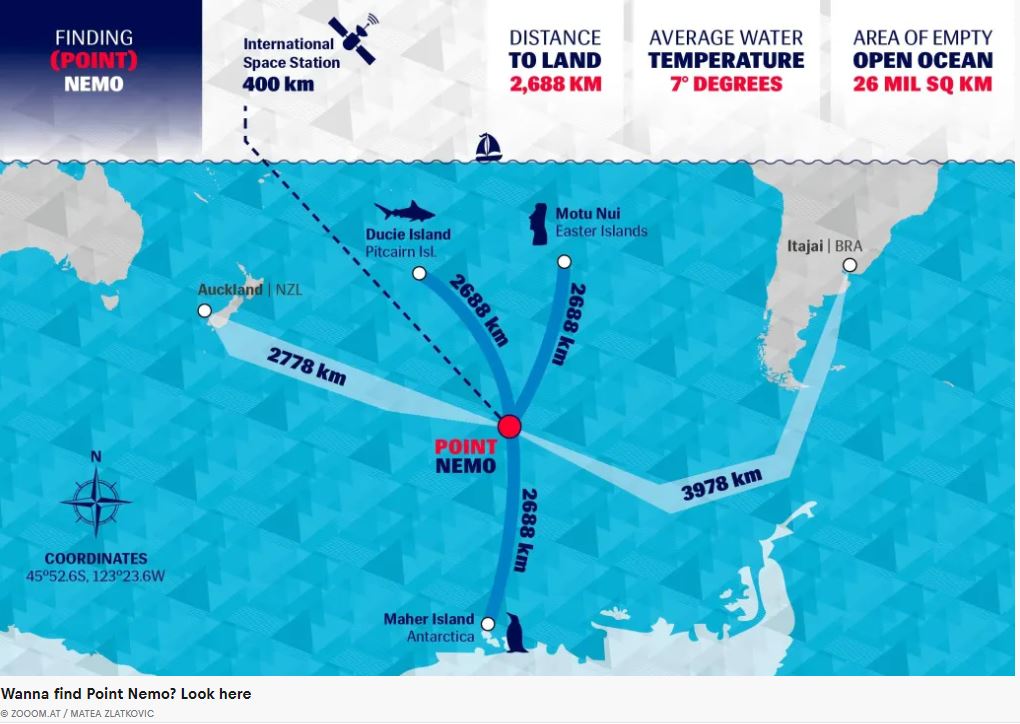 There’s a ‘Desert’ in the Middle of the Pacific, And We Now Know What Lives There

In a news cycle in which we’ve all enjoyed roasting the new US Space Force for their jungle camouflage uniforms and Trekkie logo, I’d like to direct your attention to the unexplored frontier that’s right here at home: the ocean (betcha didn’t see that coming!). Specifically, a place called the South Pacific Gyre. While there’s debate over whether we know more about space or the ocean, it’s unquestionable that the South Pacific Gyre is one of the least understood places in either realm. The ocean gyres are massive, circular currents that span the world’s great ocean basins. The center of the South Pacific Gyre is the oceanic pole of inaccessibility – the furthest spot from land anywhere (1,670 miles) – colloquially referred to as Point Nemo. For those of you looking for the space callback, Point Nemo is a noted satellite graveyard.

Due to the encircling currents and its remoteness from land, Point Nemo and the surrounding waters are scarce in the nutrients required to support life and have long been considered a barren, oceanic desert. And that’s all still true, but we now know that this extreme area is not entirely devoid of life thanks to an international team of researchers and the Max Planck Institute for Marine Microbiology that sent a German research vessel through the South Pacific Gyre in a search for life. Well, they found it, but at the lowest levels ever observed – and we’re not talking a few fish here or there; the only critters they found were microbes. This scarcity of life didn’t surprise the scientists, but the kinds of microbes sure did. The microbial community in the South Pacific Gyre doesn’t seem to follow the same trends as the rest of the ocean – suggesting some interesting adaptations to the harsh conditions.

I know this might not seem particularly exciting to most folks, but it struck me as an opportunity to talk about how little we know about the ocean and how much we’re learning from research every day. Even the unsexy parts that most people have written off as boring and devoid of life have R.A.D. secrets waiting to be revealed. Plus, I dare you to tell me that “oceanic pole of inaccessibility” isn’t a badass phrase. I’m sure there’s a Bond villain up to no good out there.

Johnny Venger writes to Congress every day to demand a Sea Force.

One thought on “Where Your Only Neighbors Are Microbes and Sputnik”